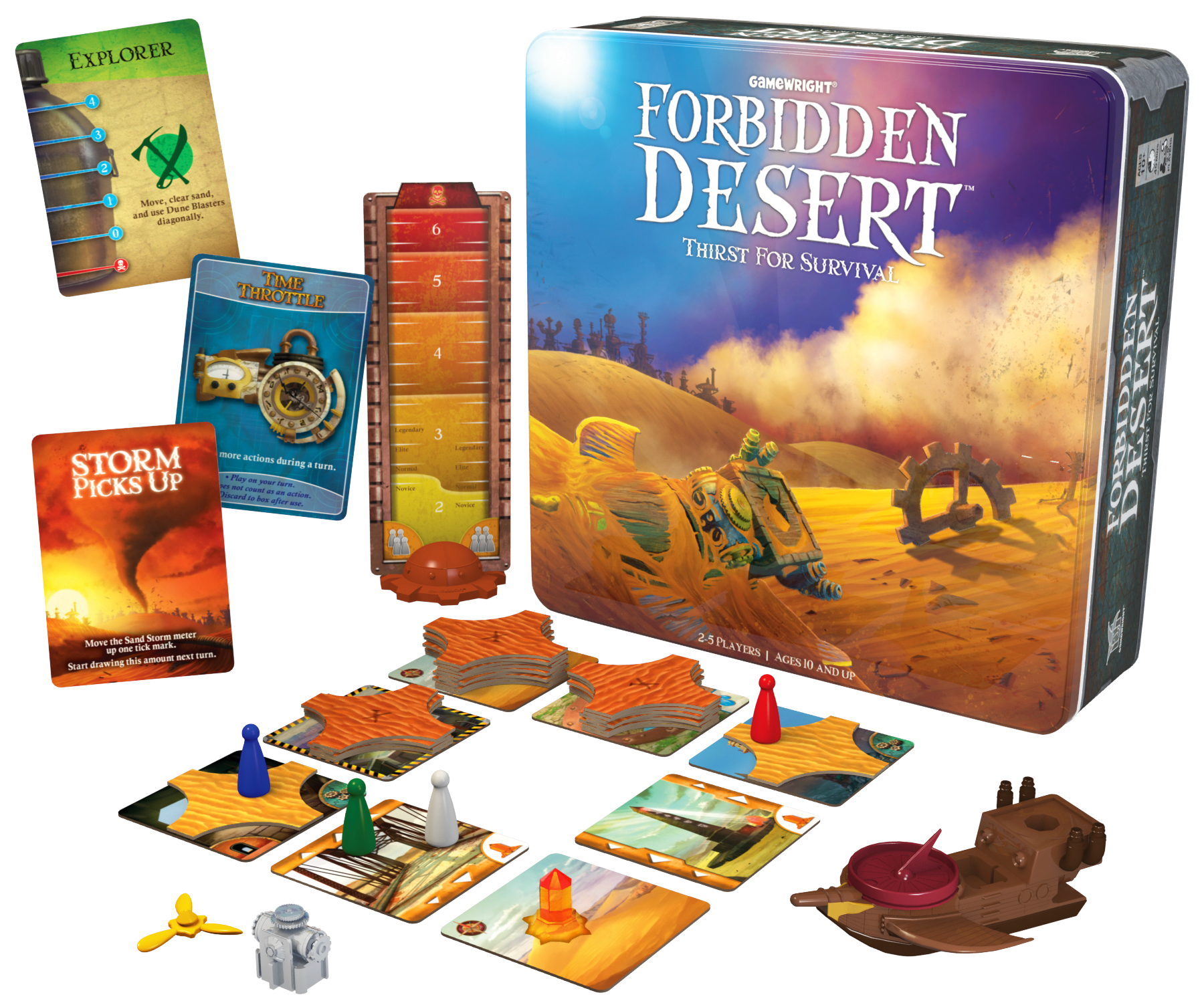 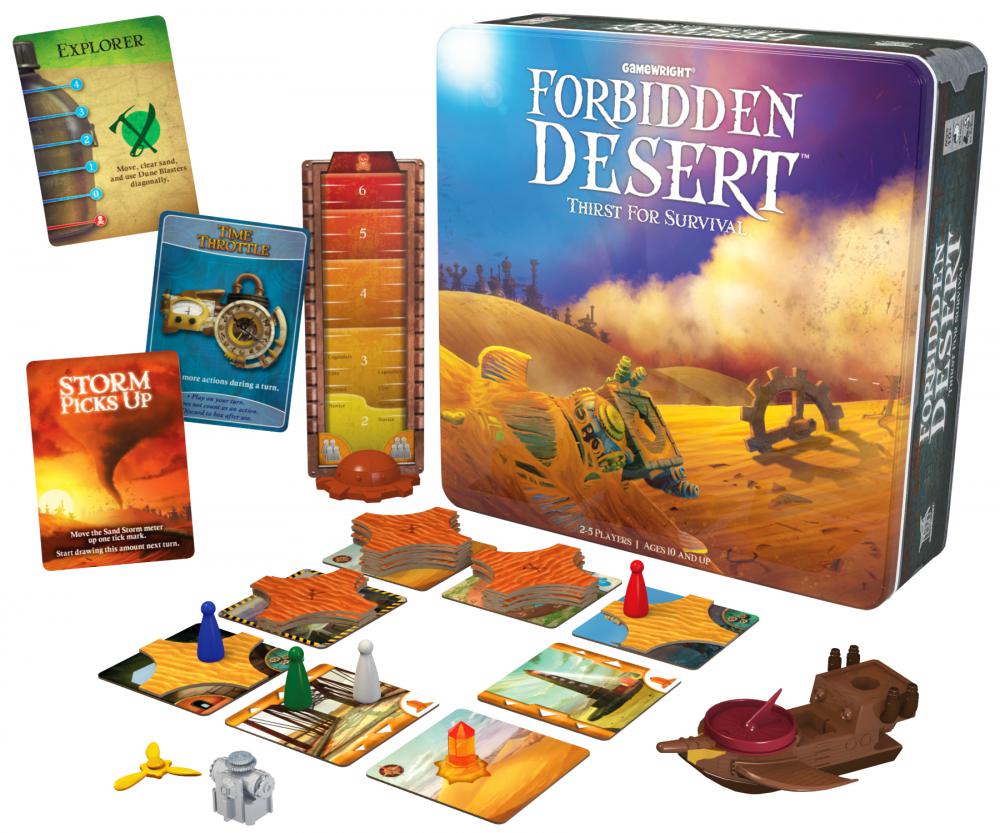 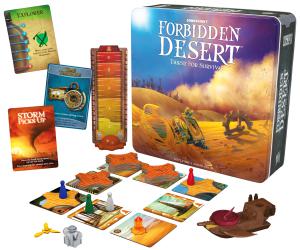 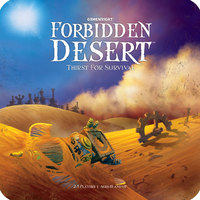 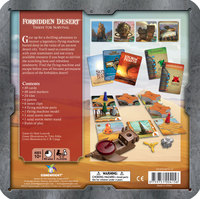 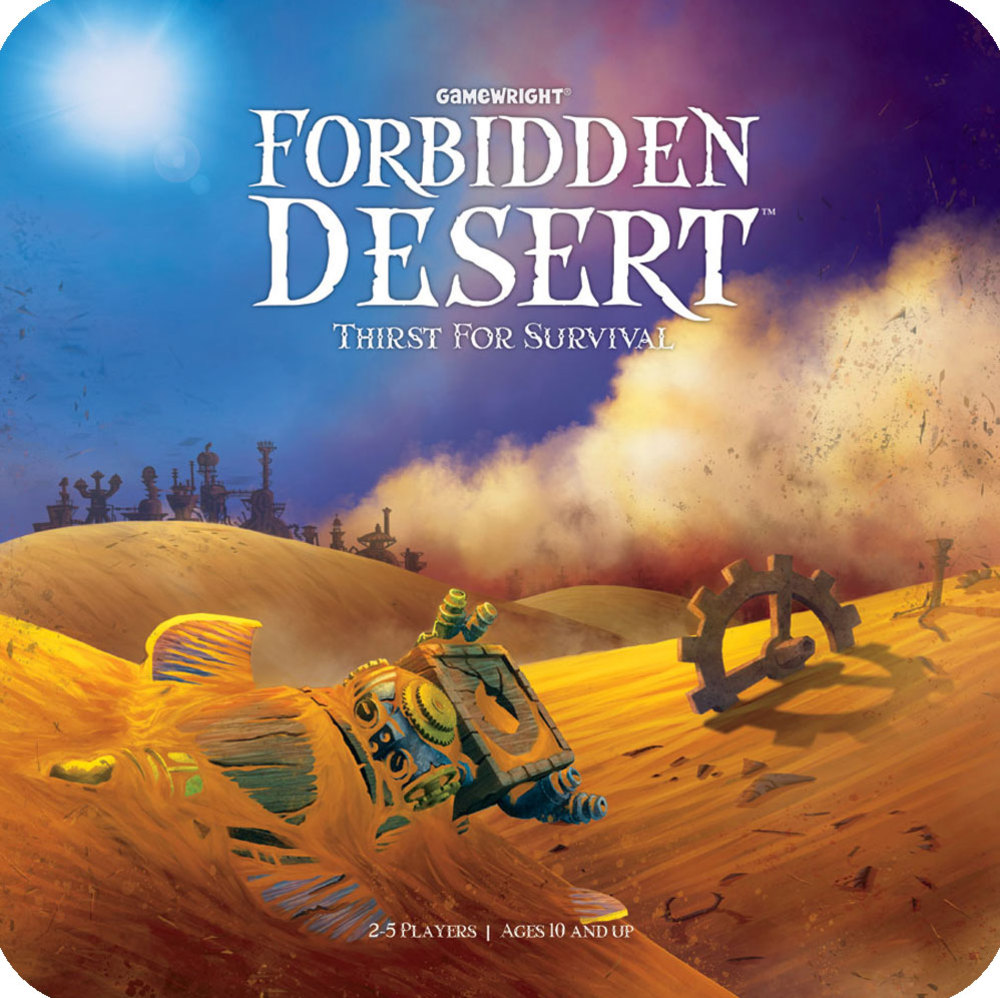 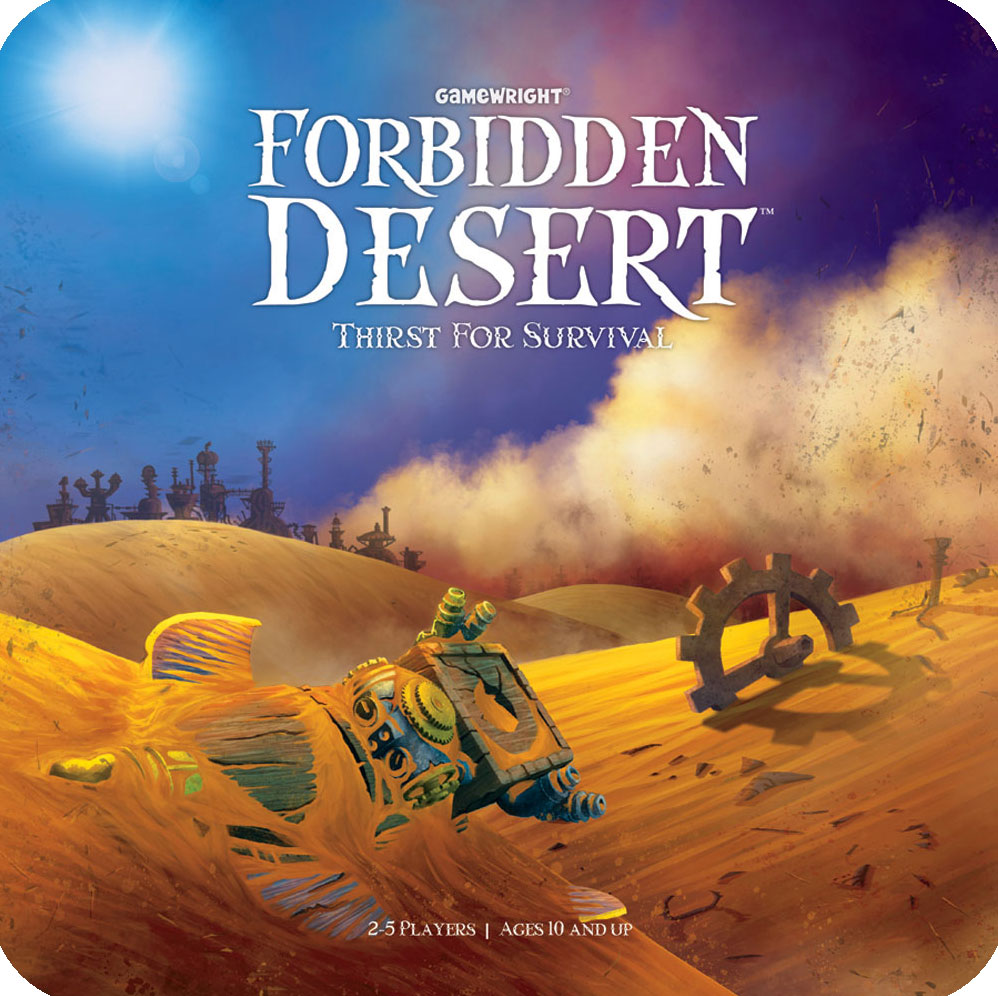 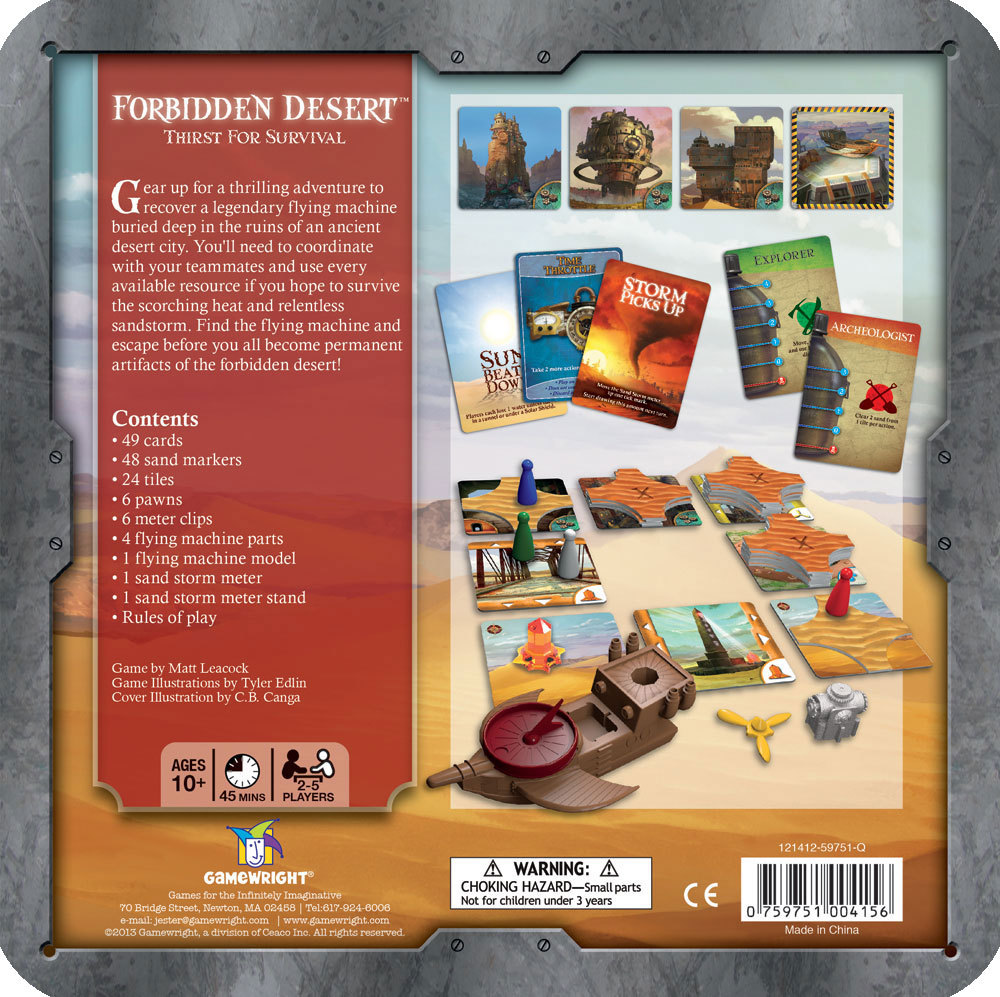 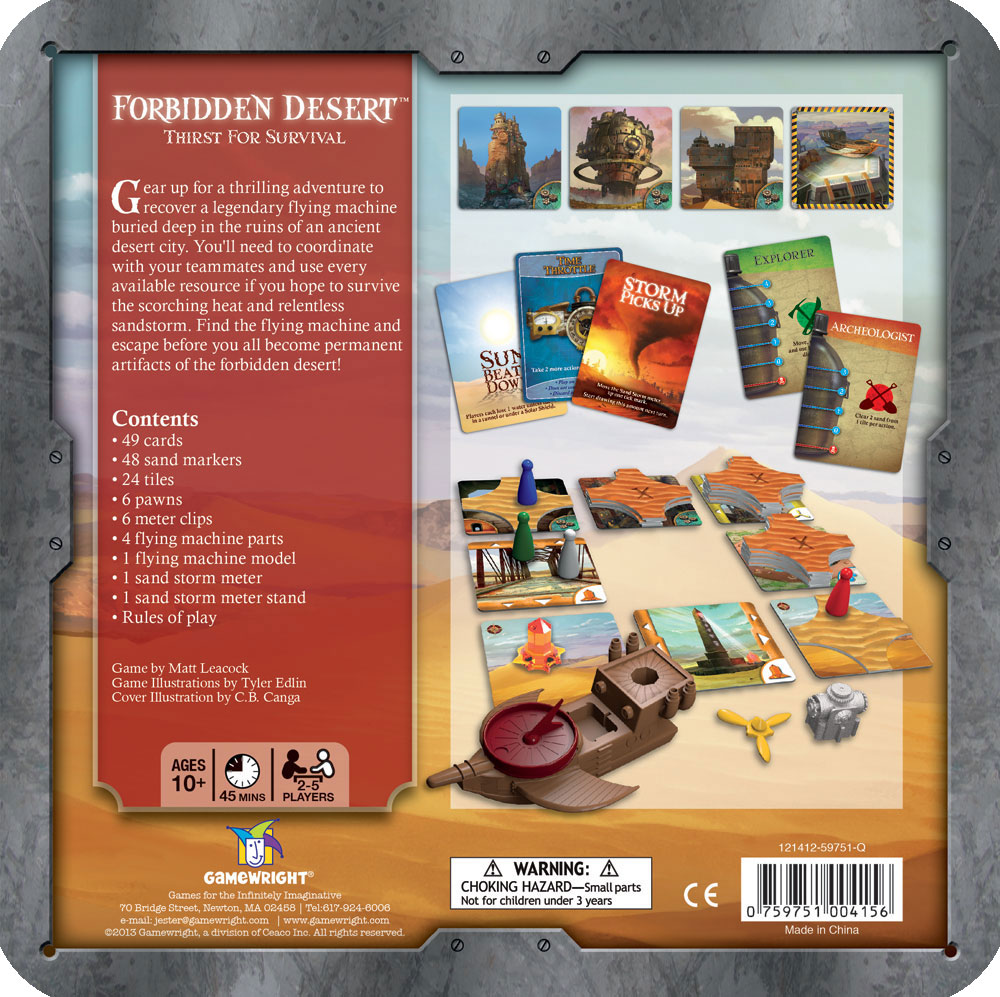 Gear up for a thrilling adventure to recover a legendary flying machine buried deep in the ruins of an ancient desert city. You'll need to coordinate with your teammates and use every available resource if you hope to survive the scorching heat and relentless sandstorm. Find the flying machine and escape before you all become permanent artifacts of the Forbidden Desert!

When we launched Forbidden Island in 2010, we had an inkling that we had created a hit game but never to the point that we’d be prompted to make a sequel. Well, here we are a few years later with just that in hand. Our challenge to designer Matt Leacock was to create a game that would contain familiar elements (cooperative play, modular board), while offering up a completely different in-game experience. In addition, we wanted it to be simultaneously approachable to new players while upping the ante for those who felt they had mastered Forbidden Island. All this resulted in a fresh new game with an innovative set of mechanics, such as an ever-shifting board, individual resource management, and unique method for locating the flying machine parts. Hopefully we’ve achieved our goals and quenched your thirst for adventure!